OMNIPATHY is a periodical comic by illustrator, animator & (apparently) comic book artist Joe Sparrow. Check here for previews and updates.
Issues 1 and 2 are currently available to buy from Orbital Comics and Gosh! Comics in London and Travelling Man in Leeds. Alternatively, you can purchase them online through PayPal, using the links below. 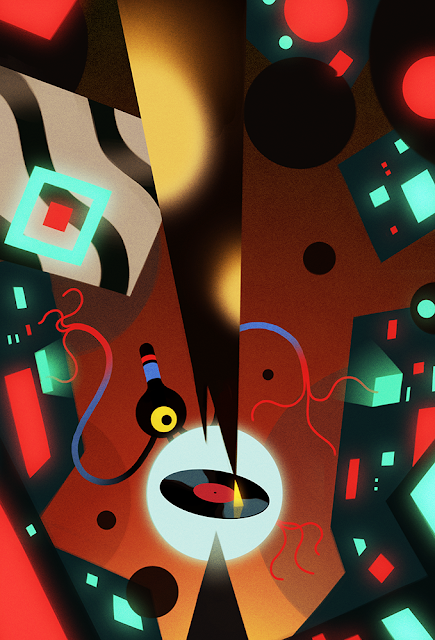 To all mortal denizens of the Earth: OMNIPATHY #3 has arrived.

We are proud to confirm that it contains no less than 34 pages of high-quality, full-colour printed matter which, when read serially in the English standard direction from left to right, will yield not one, but TWO short stories back-to-back. 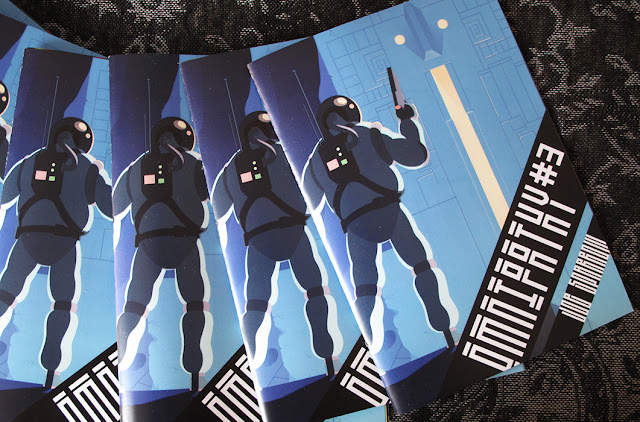 Yes, you read right - this illustrious organ is in full colour throughout. Just ONE edition of OMNIPATHY contains over 4,783,22 separate hexadecimal pigment values, including favourites such as -
and, of course, the timeless - 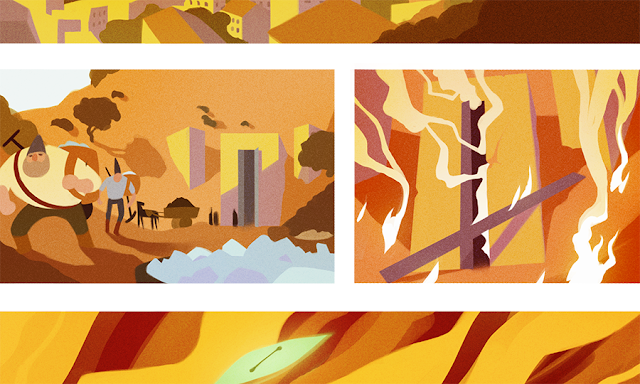 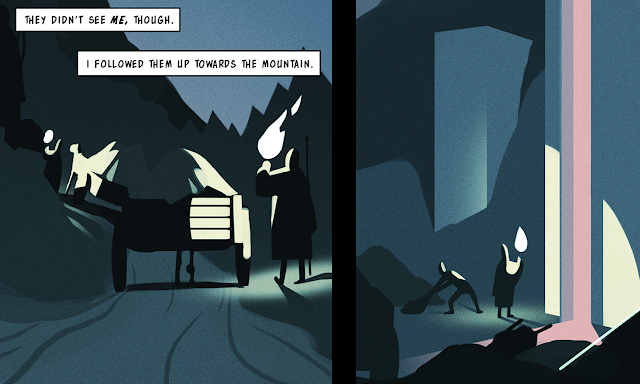 In addition to the broad range of pigments offered, OMNIPATHY #3 makes use of ALL 26 standard English letterforms, along with a handful of punctuatory symbols to aid syntax. 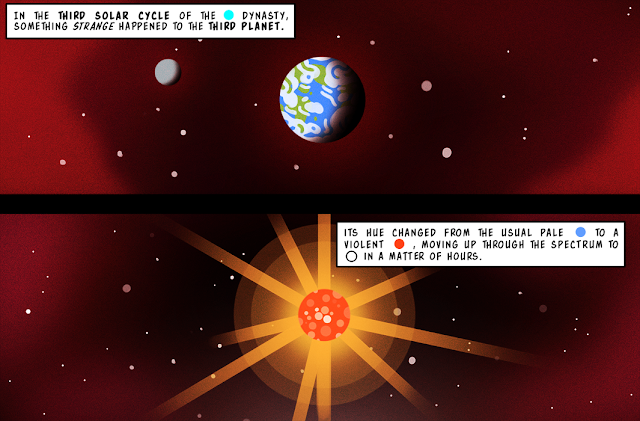 If on reading this you should (understandably) be overwhelmed with a desire to possess OMNIPATHY #3, you can order units  ONLINE VIA PAYPAL using the button below, or seek them out in person through ORBITAL COMICS in London (near Leicester Square). 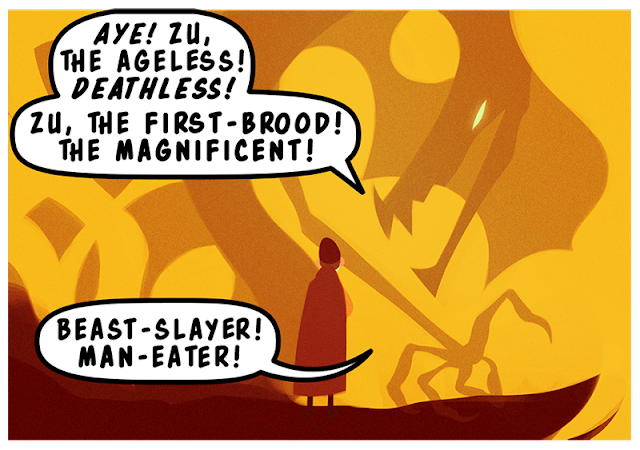 Again, long time no talk! Issue #3 is slowly crawling along. I'm working on the second story now, but here's a panel I like from the first.

I was actually marginally irritated when I saw how good a job they did with the opening sequence of the new Hobbit movie where the dragon comes and wrecks shit because I thought people might draw comparisons with this dragon-based story I did. I actually took a lot of inspiration from David Wenzel's graphic novel  adaptation, which is really nicely done.

I think the best dragon stories are the ones that show brains (or at least dexterity) winning over brawn, and as with a lot of fantasy J. R. R. provides a pretty good archetype for this. As for my story - think The Hobbit meets... Inglorious Basterds or something. INTERESTING HUH?
Posted by Joe Sparrow at 04:02 0 comments

I know very few people look at this blog but I feel like this is pretty much the most "official" place for me to write about OMNIPATHY at the moment. This might actually be the last post I make here before I jump ship to tumblr where all the cool kids seem to be setting up shop. Once issue #3 is done I'm going to be promoting it a lot more than I've done in the past, and it seems like tumblr generally gets a lot more traffic than blogger these days, at least on art blogs. All the reposting stuff makes it seem like people can sort of spread the word on things.

I haven't been too forward on promoting OMNIPATHY outside of my facebook, twitter & blog yet because I have a real block about trying to promote something I don't think is up to my "standards" as a creator. This happened with my final film at university (which I still refuse to submit to anything despite people seeming to think it looks ok) as well as a handful of projects I've worked on but haven't worked up the courage to show people. I think the reason I have this mentality is because I want people to see me how they see my favourite artists - as confident and consistent. Consistency is something I've never found easy in art, because I'm lazy and opportunistic in the way I make things.

With OMNIPATHY, especially issues #2 and #3, I feel like I'm fighting this. It feels like one of the few things I do that's very much me, and I hope I can get it out there and get people to like it as a result. Even if they don't, I don't mind. The fact that I've kept the same name without changing it is a pretty huge thing by itself!

But, yeah! Enough of me telling you how inexplicably proud I am of my own work. The main point of this post is that work on issue #3 is well under way now - but unfortunately it won't be done for the October MCM Expo in a few weeks, so I'm not booking a table this year.

For the last year I've managed to use the MCM expo as a place to "launch" comics, and the fact that they're bi-annual meant I'd hoped to keep coming back and launching new comics at each one. But I actually don't spend even half of my time making comics (I make them in a stupid laborious way so they take ages) - I spend most of my time doing animation work for people who pay me money. So when the expo comes around each half-year I try and leave myself a month or two beforehand to write and produce a comic, and if I do it that way then it ALWAYS comes out rushed. I spend the bare minimum on character design and writing - and even though I'm sort of pleased with the stories in issue #1 and #2, I think it's pretty obvious they're rushed to shit.

I don't want to keep working like that, so instead of rushing to get a sub-par comic out for the October Expo I'm just going to work on it some more, and make it really good. I'm not booking a table because it feels like admitting defeat if I go back there without anything new to sell.

SO to conclude our main points: I am a whiny artist lacking in both talent and confidence; I'm not at the MCM Expo this October; do please consider shelling out the modest fee for any or all of the current issues. Keep watching the skies.
Posted by Joe Sparrow at 09:08 0 comments

The MCM expo was exhausting and fun. Lots of people came by our table and bought my shit! Thankyou to those people, obviously. I've only been to a few different cons and MCM goes for the younger/anime-enthusiast demographic. As such it seems like a bit of a gamble as to whether people are going to buy anything. How much weirdness are the replica-gunblade-wielding, Naruto-headband-adorned masses going to be prepared to endure? I mean, what I do is hardly weird, but InuYasha it ain't. This makes it all the more heartening when people come up and are genuinely curious about the comics and the art.

That said, we actually had amazing table positions this year and we sold a ton of stuff. So thanks again to everyone involved.

I spoke to one or two other artists, too, not least among them Timothy who is always chipper but who I have a pretty hard time getting to accept my money. My girlfriend bought a comic from Will Kirkby (who I'm pretty sure I've got some stuff by) which is really well drawn, and I bought a book called The Jellyfish Prince by naniiebim which features an attractive girl in a swimsuit, which is also really well drawn and features an attractive girl in a swimsuit.

I also got introduced to Hemlock, which is, again, really well put together and has a charming Marc Hempel sorta style. I might actually go back and read it from issue 1, which is fairly rare for me in webcomics.

ALSO we launched OMNIPATHY #2 at the expo to considerable success! I think people were sometimes freaked out by the abrupt style-change over issue 1 to 2 (like, more than I expected), which was good to know. Here are some photos, anyway. 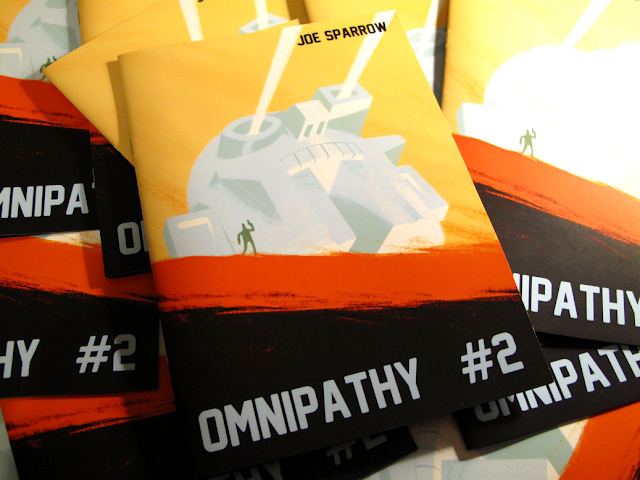 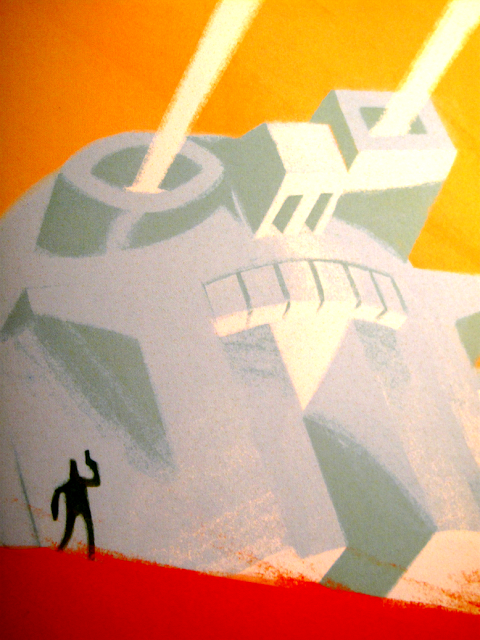 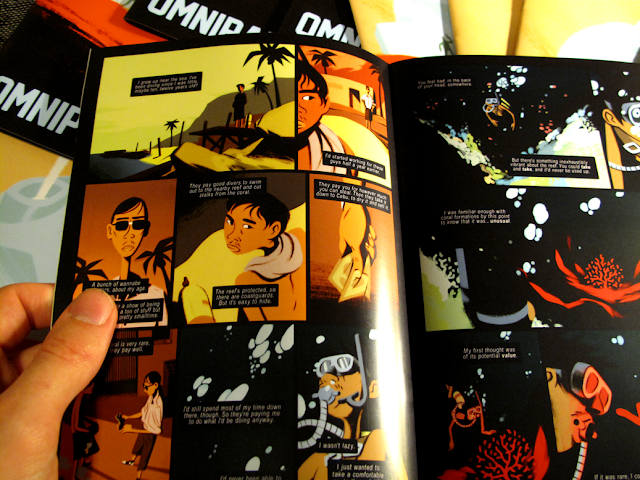 If you didn't manage to pick up a copy at the expo, don't fret, they'll be available soon.

I actually have a fair bit of other stuff on at the moment, but next week I might get a chance to start on issue three. It may or may not involve aliens. My target is to get two 15-page stories into the next one, so I have no idea how long it'll take. Stay tuned.
Posted by Joe Sparrow at 15:26 0 comments

Long time no post! The May MCM Expo in London's Excel Center is now less than a week away and yours truly will be in attendance in order to peddle the second issue of OMNIPATHY, which will be available there. Last year's October expo was my first as a vendor, we had a lot of fun and met a lot of people and sold a lot of stuff. In any case, last year was about testing the water - hopefully next week will signal the start of something more career-shaped.

The first issue took the form of two back-to-back four-page mini-comics - this issue features a full 12-page story. I'll post some photos of them later this week.

OMNIPATHY is definitely a work-in-progress and I aim for it to get bigger and better every issue. I don't really have any strong commitment to genre yet, so I guess the goal is just to bring you weird stories you won't have heard before. But if you like horror, SF or fantasy, you should probably buy a copy and see what you think.

ALSO again I am sharing a table with the inimitable delectable Blanca Martinez of Dungeons & Drawings fame who will similarly be peddling her printed wares alongside me!
Posted by Joe Sparrow at 12:00 0 comments 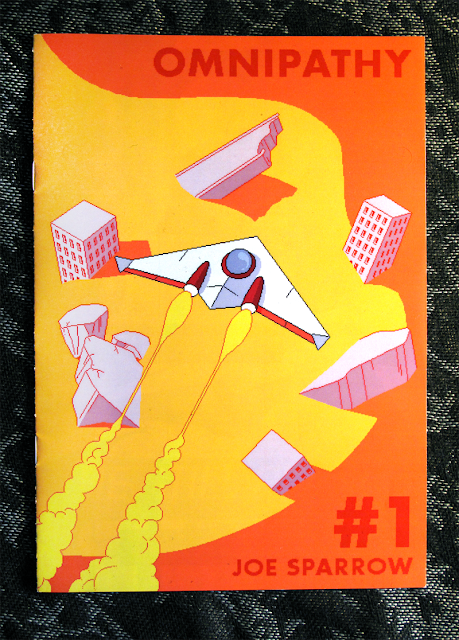 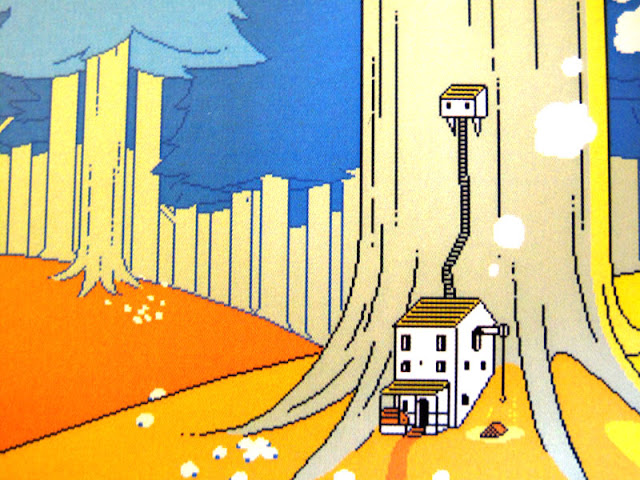 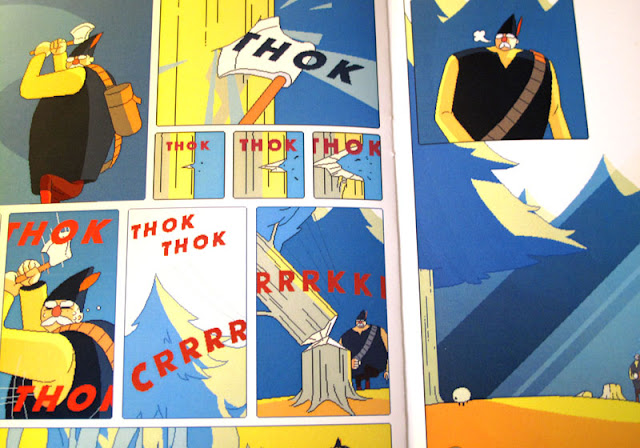 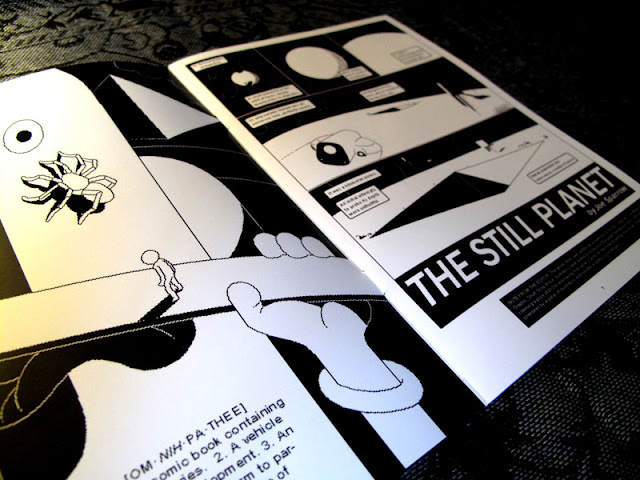 The first ever issue of my new comic OMNIPATHY is out now! We sold a bunch of them last weekend at the London MCM Expo (our first shot at a actually booking a table at one of these things) and we met lots of nice people.

A meagre 10 pages long (next one will be rather bigger), this A5 booklet contains two back-to-back short stories, one B&W, one colour. You can see some charmingly amateurish photographs of them above.

You can still buy copies at Orbital Comics in london and Travelling Man in Leeds, if you can’t find them just ask at the counter or something. I’m currently setting up a paypal account so I can sell them online, too, so look out for that here soon.
Posted by Joe Sparrow at 03:29 0 comments 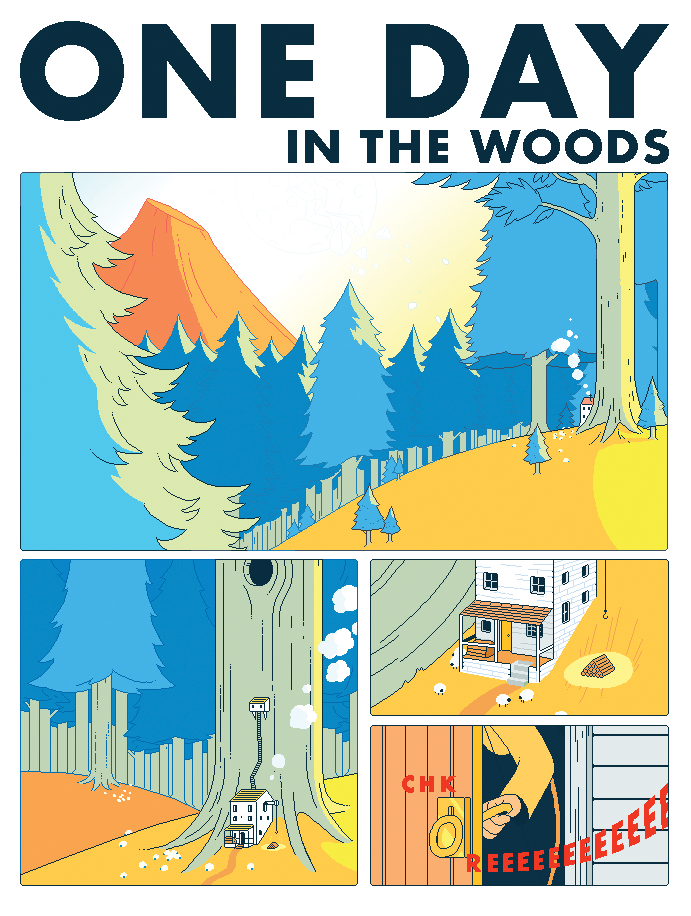 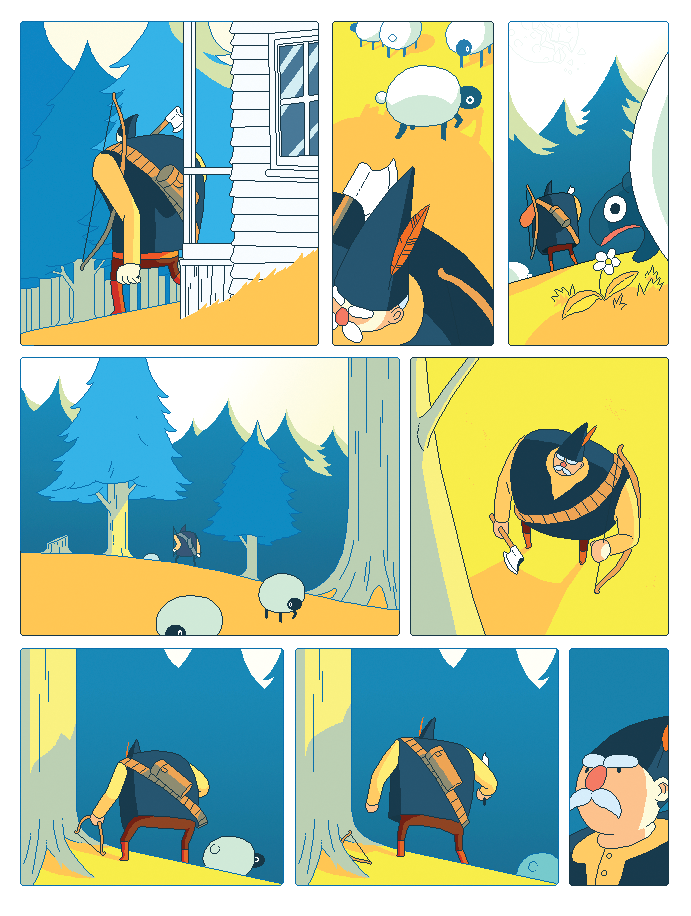 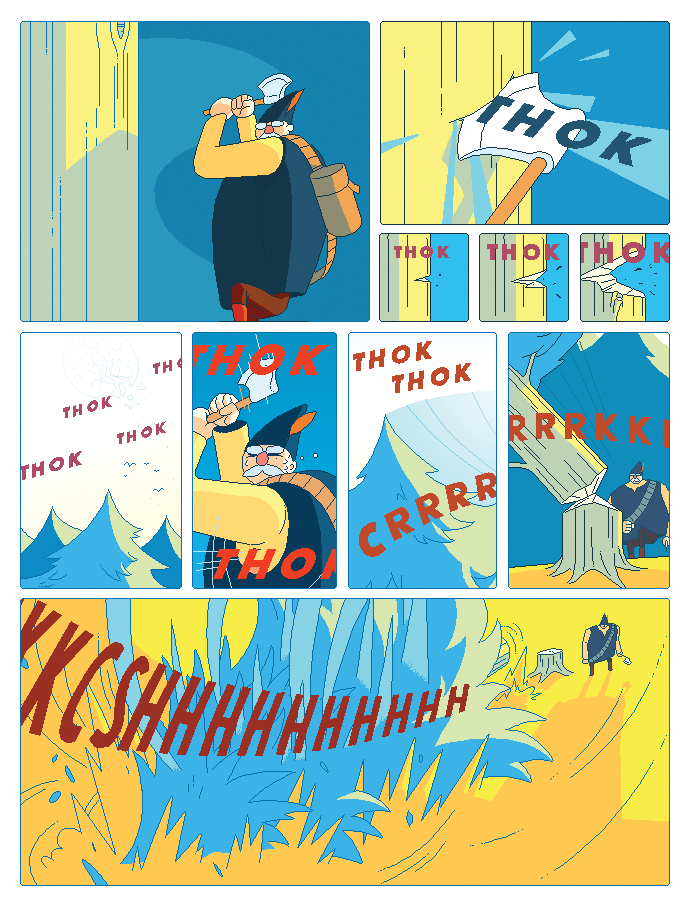 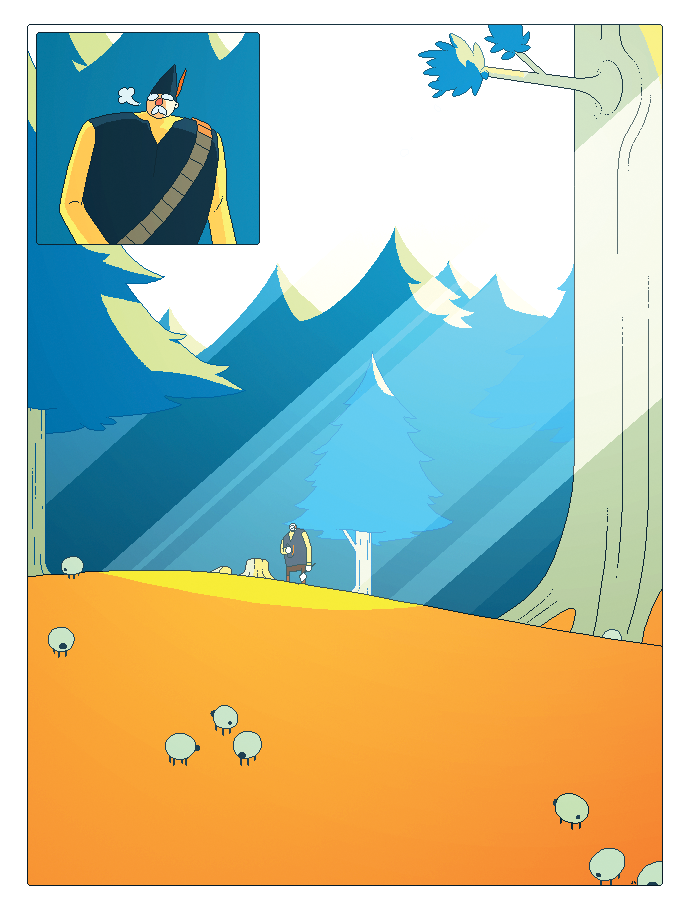